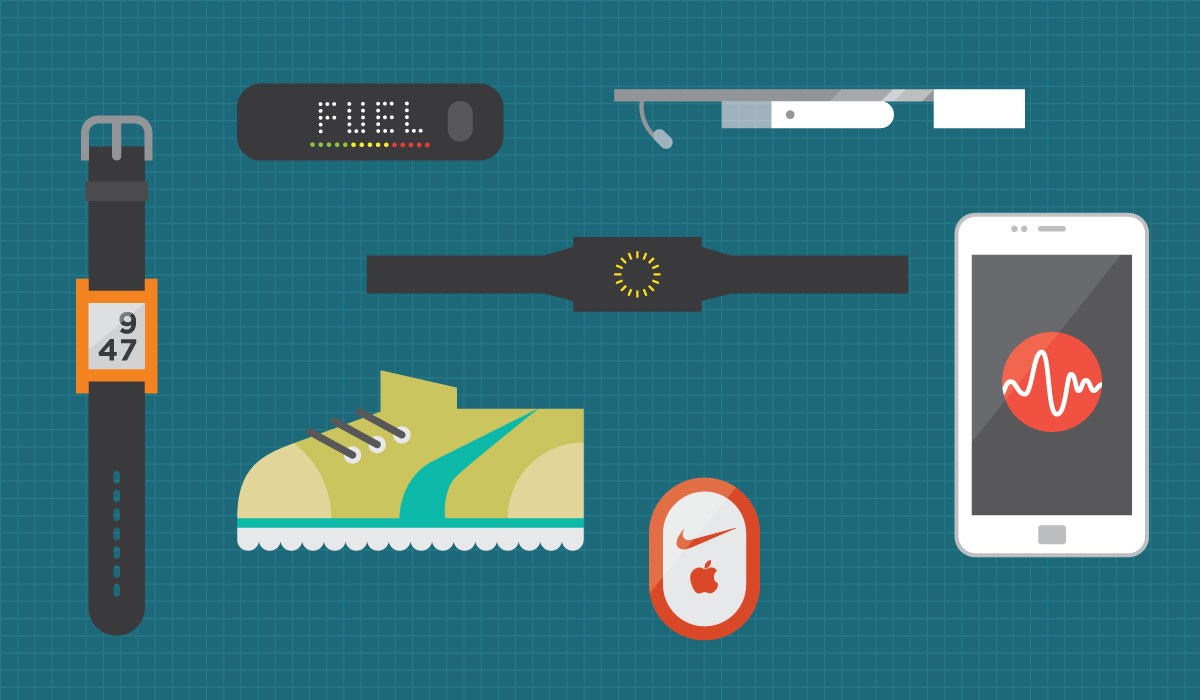 It’s seven in the morning. You know this because a tiny sensor goes off near your wrist, gently pulsing with every small blast of sunlight that floods the room. Buzzing. Your wakeup call has never been this discreet, yet this effective. This fitness wristband is directly tied in with your phone as it monitors your sleep cycle and its effectiveness in recharging your body, measuring deep sleep and giving you pointers for improvement. It also remarks that today you haven’t quite gotten any exercise yet, so it’s probably a good idea to head out for a little run. It’s also monitored your heartbeat and shows you comparisons with the previous week, indicating that all is normal.

Yet another sensor goes off in your vest – smart clothing all the way – and remarks that fatigue might set in early, since your body hasn’t gotten the adequate amount of rest, courtesy of a late night. It regulates your ambient temperature with the help of micro-circuits, stabilizing you. Two barely noticeable pads between your thumb and forefinger send information to your phone, measuring stress levels – which are slightly high due to a work-based assignment you have. Your phone tells you to calm down and do some breathing exercises as a result.

All these things aren’t even close to science-fiction; they’re close to reality, and closer than you think.

Business Insider estimates that the wearables technology market in the healthcare industry is only going to steadily rise, with global shipments estimated to increase at a compound annual growth rate (CAGR) of 24.8% over the five years, reaching 162.9 million units in 2020.

In tandem, one may ask that aren’t smartphones pretty much doing the same thing? Well, not exactly.

The mHealth segment is booming too, yes. Mobile app development when it comes to consumer-oriented healthcare is at an all-time high, higher than even the biosensing and wearables market, but that is because of smartphone penetration that is surging through the world. One might say that’s an even better reason to invest in that, rather than the wearables market.

However, both of these devices aren’t mutually exclusive when it comes to technology-driven healthcare. This is because we are now facing an entirely different paradigm of healthcare with the coming age (2020 is quite a stellar year) where providers engage their consumers in a participatory, integrative, patient-centric model of healthcare.

Here, technology is being used to weed out inconsistencies in the existing system, with rising costs and a general lack of access to healthcare due to inefficiency, non-transparency and a variety of factors – social, demographic and otherwise.

Thus, when we say that the consumer is at the heart of the new model, what we mean is that most of these devices encourage a more independent approach to healthcare, modifying consumer behaviour and demand.

How so? Well earlier, your most obvious reaction to any healthcare oriented issue would be to go to the nearest specialist, someone you trust implicitly due to their qualifications. Not that there’s anything wrong with that, but how about if you’re in a frail condition, and cannot quite make that trip to the doctor? Or what if you’re forgetful and cannot remember to take your medication on time? Or what if you need to get certain tests? Lastly, what if we told you that this is too reactive an approach in the first place? The new model firstly concentrates on prevention and monitoring. Most of those mobile apps you see on the market enable you to see certain indicators when it comes to your health, and you can get an idea of your conditions before illnesses even strike. Getting a proper sleep, managing stress levels, getting enough exercise, watching your diet – these are all preventive measures to maintaining a healthy lifestyle, so that you don’t have to go to the doctor in the first place, and your immune system is considerably enhanced.

Secondly, most of these apps focus on converting your smartphone to a medical device – a scanner, a monitoring apparatus, a test-taking device which measures cognition – you name it. Are these reliable? Well, therein lies the problem.

While there are, of course, some apps on the market that may be considered reliable, one cannot firmly say that they are completely accurate, with a 100% conviction. There’s also a slew of regulatory issues that come to the fore when such technology is adopted on a wide scale – governments can’t provide adequate, accurate and quality healthcare based on shaky probabilities, nor can they advocate the use of said smartphones – the old system still predominates. This is where the wearable technology market comes into play.

With the help of specifically designed technology to monitor body health, biosensing and wearables are far more potent. Any normal fitness tracker nowadays is equipped with a 3-axis accelerometer that measures movement in every direction. The data collected is then converted into steps and activity using an analog interface, which is then translated into distance, the number of calories burned, sleep quality, and other measurements. Here, we have a constant stream of data from the wearable to the smartphone, or other devices with larger processing power, so that data from the device can be read and interpreted accurately. Thus, the system is symbiotic and utilises tech on a much more collaborative scale.

The wearables market is considerably booming, with newer entrants coming up with more and more innovative ways in which technology can be worn. CCS Insight estimates stellar figures, especially in the fitness wear section: While the market is posited to grow almost threefold with more than 245 million wearable devices sold in 2019. Smartwatches remain the most valuable segment, taking 60% of market value, but fitness trackers remain most popular, accounting for more than half of all wearables shipments in 2015. In addition, they report that more than twice as many people in key markets aware of Apple Watch than rival products.

The wearables market also consists of several sub-segments, differentiated by the kind of devices being worn. These are: Thus, the development of fitness-based, body-monitoring apps is only going to surge. Your next idea, or business venture can be easily stirred in this direction, as the market is ripe for disruption right now. A strong brand, with technological prowess to boot, can reap immense benefits in the next three years when it comes to healthcare and wearables.

With our expertise in this sector, we can definitely lend a hand with your venture – from app-based design, to integrating it with other tech which not only makes a strong impression; but is also reliable technology that can set certain standards for the new model of healthcare. Get in touch today!