25 Years of eBay: An eCommerce Success 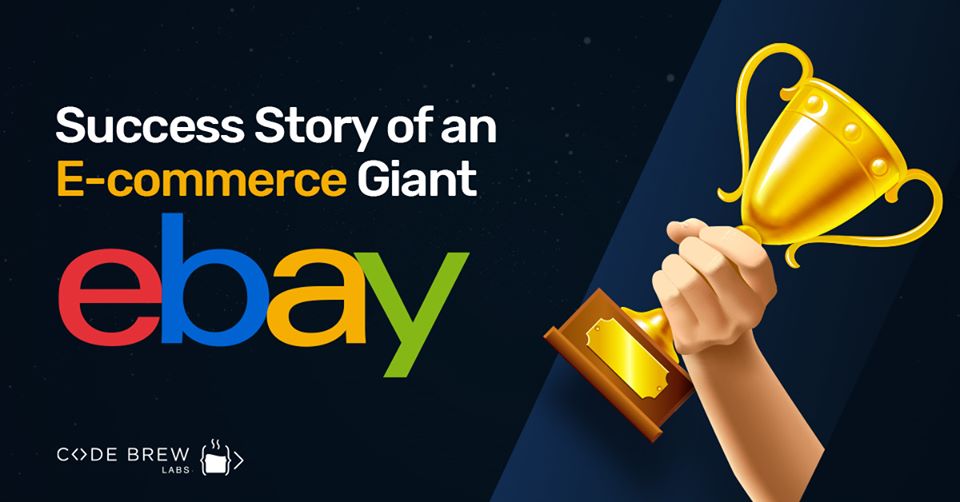 With more than 2 Billion daily transactions happening on over 1 Billion active listings, eBay was up for a relatively humble start. But to look at it now, it wouldn’t be wrong to say that indeed eBay is a success story!

Found in 1995, eBay can easily be traced as one of the oldest stories of ecommerce success that also surpassed the “Dot Com Bubble” of 2001. It launched with a then unique affiliate model where businesses and individuals could register to sell old and new products for a very low fee.

The 25 Year Backstory of eBay

Interestingly, as narrated by eBay founder Pierre Omidyar, the first article that was sold on eBay was a “Broken” laser pointer. Despite clearly saying “broken”, the article sold for US $15. Eventually, with more buyers and sellers coming on-board, eBay became the primary go-to avenue for rare toys. Those of you who religiously follow The Big Bang Theory know where all those Star Trek toys came from.

Coming back, eBay also became a hub to buy collectibles via bids since their sale process was very different from the traditional means. It therefore brought a radical change in the way collectibles are sold, globally!

Building a Team and the Challenges

At the onset, eBay preferred non-technical hirings- the approach being non-technical people might have better and out-of-the-box insights into helping the business grow. However, this ruptured communications (MBAs exchanged Memos) and a few important acquisitions and mergers didn’t happen despite eBay being at the top of their game. So it wouldn’t be wrong to say that things might have turned out better, had there been a few technical people at the executive level, to say the least.

While there was tremendous amounts of data available on eBay, there was no BigData decision making- decisions that should’ve been made by the Engineering staff were being made by the Business Unit; and thus lost a chance at making best use of the advantages that Big Data had to offer. With buyers in 190 markets and 6.7 Million sellers in US alone, the app has so far seen 7 million downloads. More than half ebay users are multi-screen shoppers- resulting in an 8.25% increase in revenue since 2018. For 2020, the company projections reveal another 2-3% increase with full-year 2020 revenue of between $10.72 Billion and $10.92 Billion.

With challenges on account at the time eBay launched, had there been ready tools to develop an ecommerce business, the amplitude of success for eBay would’ve been greater than it already is- since marketing and growth could then be in focus.

Today, even you can start an online business- check out this powerful tool that you can use to take your business online in no time at negligible costs.

Afterall, the next great story is only a leap away!

If you too are planning on kickstarting your very own commerce marketplace, Code Brew can brew a perfect solution for you. Get in touch with us for consultation or directly hire a developer, today!