Node.js or Python – Which One You Should Pick for your Business App? 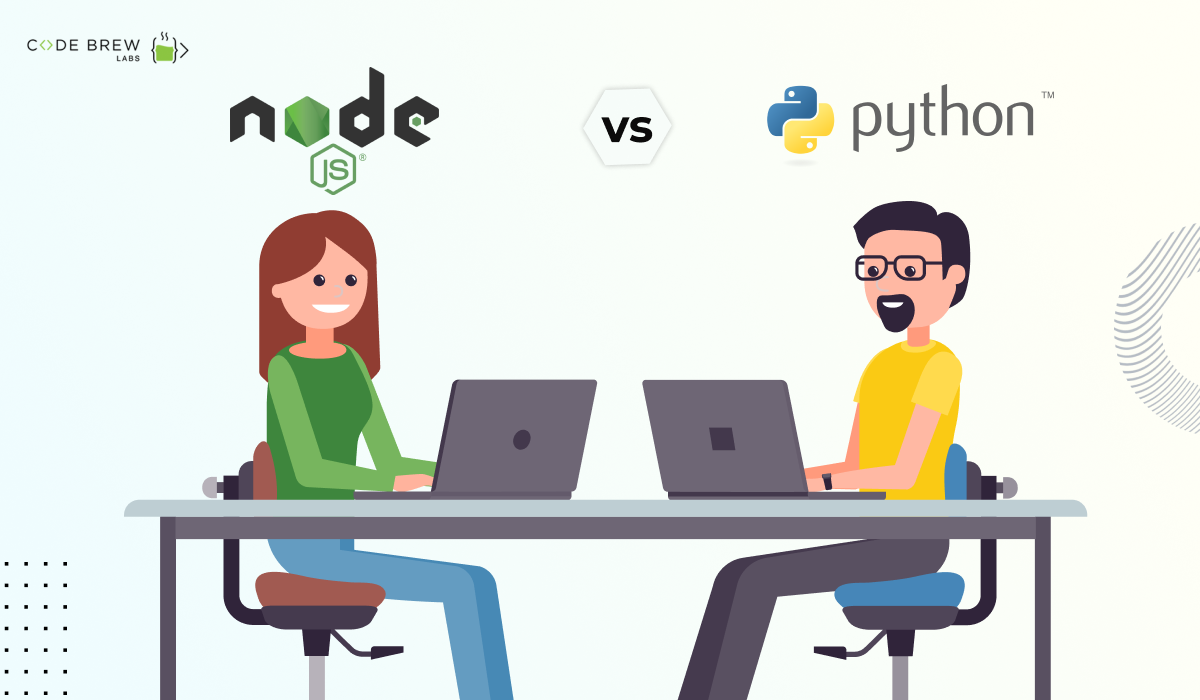 Selecting the right programming language when starting to work on a new project is perhaps one of the difficult considerations programmers often make. No matter how attractive and responsive your front end is, without a strong backend to support it, the application will crumble. Node.js and Python are two important technologies for backend development. These two popular technologies are the backbone of the project. While PHP, Java, and C++ are the popular programming languages for server-side operations. But how you can opt for the best-suited one for your app?   Therefore, Mobile app development services are there to help in building your business with an app.

To make the choice easier, we have created a side-by-side comparison of Node JS and Python, so you can make an easier decision when you’re looking for more clarity. Popular backend technologies Node.js and Python each support a wide range of functionalities. To help you comprehend both of the competitors, we’ll compare Python vs Node.js in detail in this part while keeping several predetermined criteria in mind.

Node.js vs Python -Which one should you choose? We’ll make a bold assumption in this post that one of these technologies will prevail. Which one is it, we wonder? Let’s get started and find out.

The event-driven runtime environment Node.js can handle non-blocking I/O operations. It can handle a huge number of requests at once without having to switch thread contexts. Node.js is the greatest choice for real-time online applications like chatbots and gaming programs because of these qualities.

Python, on the other hand, has a contemporaneous architecture that makes it slow in terms of performance and speed. However, Python programmers can use modules like CPython and libraries like Ayncio for event-driven and parallel processing, respectively.

Node.js has a non-blocking architecture that executes code outside of the client’s browser, resulting in high speed and performance. Additionally, Node.js supports caching of downloaded data, making programs responsive and speeding up load times.

Python is slower than Node.js since multithreading is not supported. Python is therefore not a wise choice if your project frequently needs to retrieve data from web servers.

Since the syntax of Node.js and JavaScript are identical, developers with prior knowledge of JavaScript frequently find Node.js to be simple to understand.

Python’s syntax is rather simple to understand. Because there are fewer lines of code needed, the code is simpler and easier to grasp. Any developer with a solid technical foundation can start using Python right away.

Due to its support for multithreading and the inclusion of a cluster module that may utilize the entire machine’s processing capacity, Node.js has a high degree of scalability. By increasing system resources and adding more nodes, developers may grow their programs vertically and horizontally using Node.js.

Python is not scalable due to its use of GIL (Global Interpreter Lock) and lack of support for multithreading (GIL). Python is a sluggish programming language because it is also an interpreted language.

Python frameworks like Robot, CherryPy, Django, Flask, and others, as well as APIs, can be used by developers to expand the language’s features and functionalities.

The development of Node is supported by millions of packages. The Node Package Manager, or NPM, is in charge of these libraries and packages. NPM has the most packages of any open-source library in the world—over 1 million—and is still expanding.

Pip, which stands for “Pip Installs Python,” is responsible for overseeing the libraries and packages in Python. In other words, it is the Python package installer. Pip facilitates effective growth because it is quick, dependable, and simple to use.

As both Python and Node.js have their own sets of advantages and disadvantages. In addition, there are multiple use cases for each. Hope this write-up will help you to make a good decision and will help you to choose a suitable technology for your project according to your requirement. Every step in software app development service is critical to ensure that the products are safe and secure for use. You can scale up your business operations with robust backend solutions.

Connect the best mobile app development company and backend technology with Code Brew Labs and accelerate in the business world.