How Does Facebook Earn Money? A Peek Into Its Business & Revenue Model “Give everyone the power to share anything with anyone.”

That’s the thing about Facebook. It came with a buzzing idea of connecting people all around the world with just one click. And in no time, it took the social media world by storm. From millennials to baby boomers, everyone showered intense interest making this social media platform a huge hit.

Gradually, the social media market grew unexpectedly welcoming a complete realm of other social media platforms including – Instagram, Twitter, TikTok, LinkedIn, and many more. Now when social media has become a massive source of income for millions out there, it’s common for an enthusiastic entrepreneur like you to think of developing and launching yet another social media app in the marketplace. And why not think about developing a Facebook clone app?

Since Facebook was what encouraged other social media platforms, we will explore its success rate, statistics, revenue, and business model today.

Not in the mood to read the entire post? Let’s keep it quick for you! Here’s a quick social media app development explainer video awaiting you!

Now let’s begin by exploring the success stats of Facebook.

Facebook is one of the most giant social media platforms exceeding the number of 2.93 billion monthly active users currently (2022). In fact, people from the United States spent the maximum time of the day on Facebook in January 2021. Generally, the average time spent on Facebook lasts for 33 minutes or so. And the most apparent reason is, that Facebook has a series of features catering to users’ interests. As per the latest data researched, India leads with 340 million active users of Facebook, followed by the United States with up to 200 million users. Here’s a stat for better understanding. You as an entrepreneur hold complete control over adding lucrative marketplaces on a social media app like Facebook to better market, sell & earn on the same platform. In layman’s language, a social media app developed on your terms can be your next business operation management platform.

Getting blockchain integration is a must for those entrepreneurs who wish to run a business on or via social media apps. It strengthens the transactional flow with blockchain technology making it easier and hassle-free for your business customers to initiate a transaction on a social media app. This somewhat helps to strengthen the complete mobile app development process from scratch.

Now entertain your random page viewers or online customers via the chatbot integration feature enabling a faster, quicker, and improved customer handling process. The social media app can be integrated with multiple chatbot questionnaires and answers to automate conversation.

AI third-party integration feature improves the user retention rate by making the app more interactive and collaborative for the end users. The most common examples of an AI integration feature include fingerprint login, text recognition, natural language technology use, and much more.

What about the standard ones? Well, if you are also wondering about all the standard features you get in a social media app, here’s your answer. Now let’s move to the most important question, ‘How Does Facebook Make Money?’

A platform like Facebook has multiple mediums to make a handsome profit. And why not when there are billions of people sticking to this platform on daily basis? Its excessive usage is resulting in marketers seeing such social media platforms as a great source of customer retention and retail.

Well, it’s the paid ad advertisements ran within social media platforms like Facebook and Instagram the most. It may interest you to know that Facebook paid advertisements to represent up to 98% of Facebook’s revenue generation. In 2020, Facebook made up to $86 billion through paid advertising.

The remaining 2% of profit generation is majorly through selling or advertising portal devices, real estate properties, and closing deals on Oculus. The best part is you as an entrepreneur can build, launch and own a social media app for multiple business models. Wondering what are they? Well, here’s a sneak peek at it. 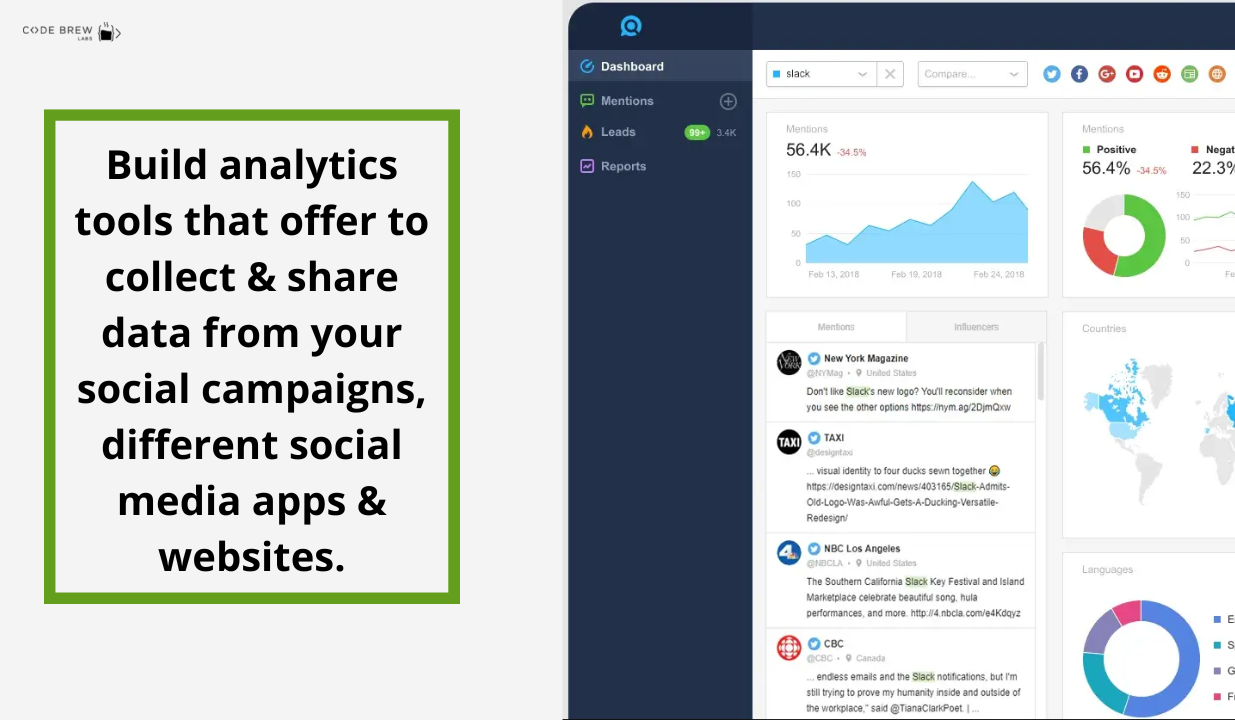 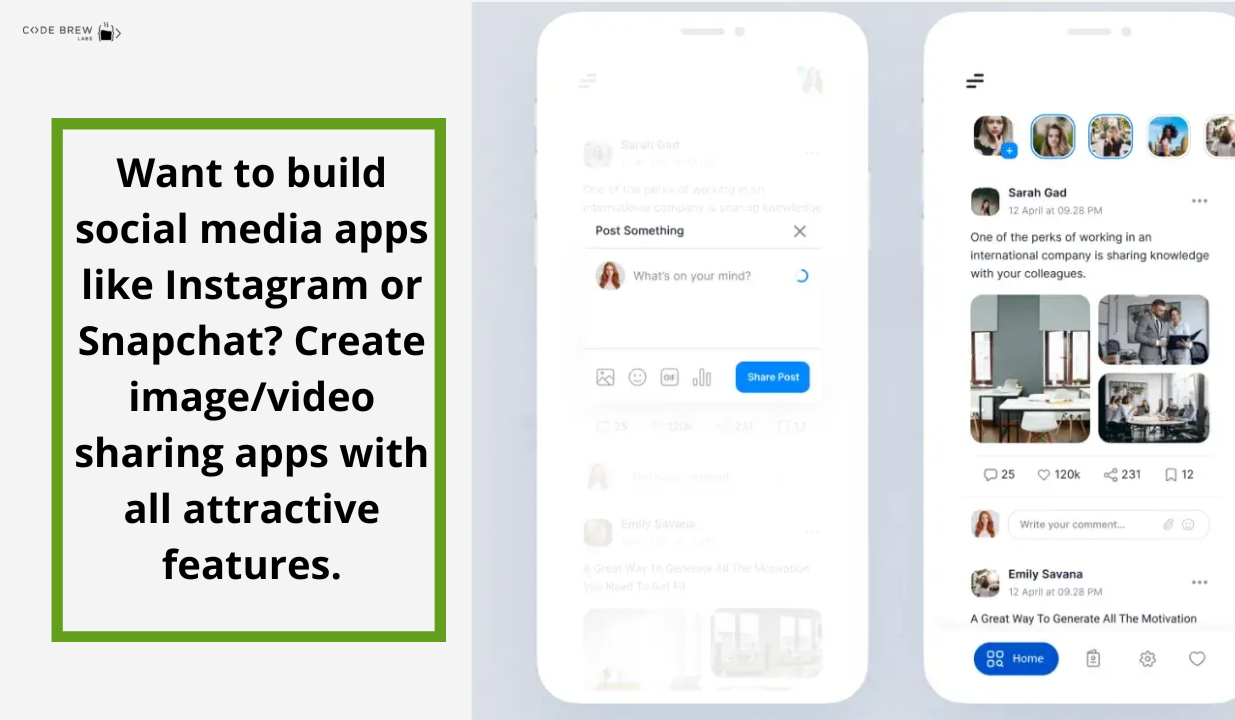 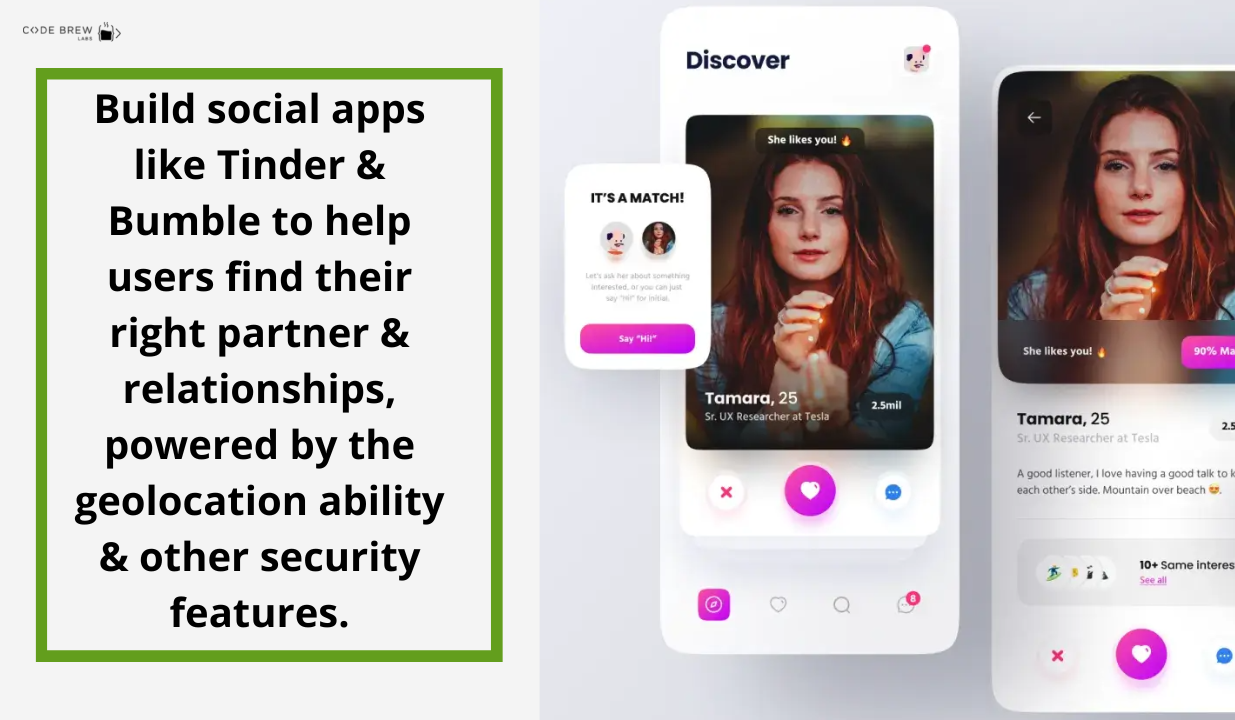 I hope this must have encouraged you enough to get started and make a smart move in the social media app development industry. In case, you require any further assistance, we as the Code Brew Labs team is all here to help you brew a rock-solid social media app that takes your business success to the next level.

Our team of knowledge-rich developers works on the latest technology stack follows the agile methodology and evaluates your business needs minutely, so you can have a robust final product ready within weeks. Maybe that’s the reason we have delivered up to 1000+ social media apps for multiple industries.

So, come forward, and let’s take your business to heights together!